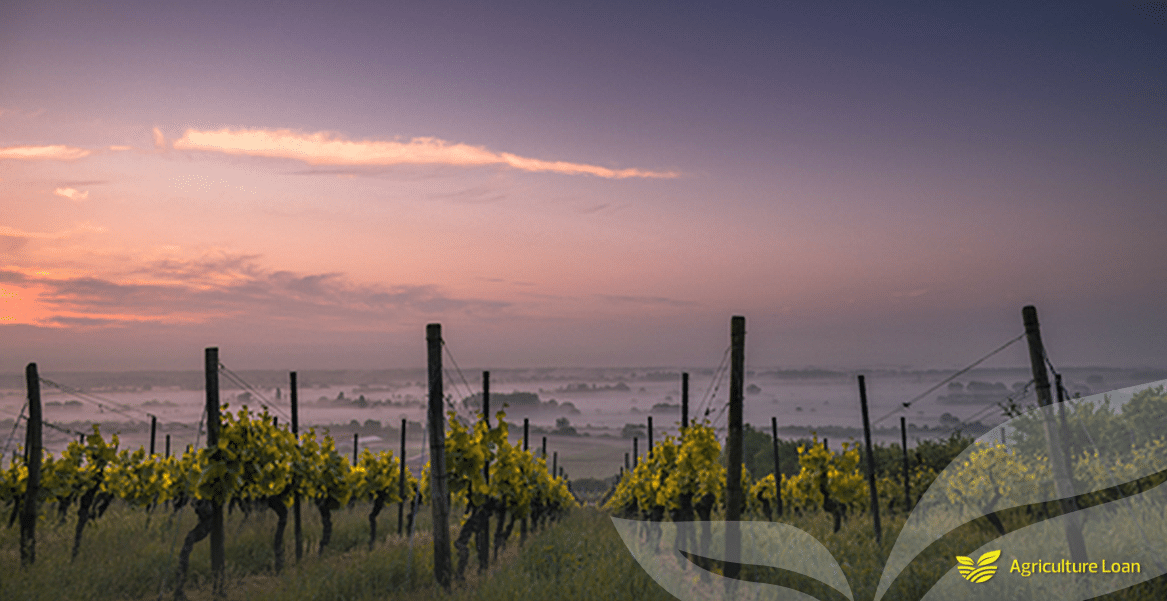 When you think of wine production in the United States, the lush, rolling hills of Napa Valley, California are some of the first images that come to mind. This small, but mighty wine producing area has become synonymous with the art of winemaking in the U.S.

But America’s history of wine-making started in other, lesser known regions. Between the 1560’s and the 1650’s, wines were produced in Virginia, Florida, and what is now Texas, Arizona and New Mexico.  In the U.S., the first commercial winery was established in the early 1800’s in Cincinnati, Ohio and produced a sparkling wine from native Catawba grapes.

The late 1800’s saw a flourishing industry, especially in California. Ready to make its mark on the world stage, the U.S. industry was badly hurt by the 1919 ratification of the 18th amendment, commonly known as Prohibition.  Starting in 1920, alcohol production in the United States was banned.

A small number of wineries were able to stay open by making sacramental wines, but Prohibition decimated the wine industry. By the time it was repealed in 1933, many wineries were gone and grape fields left abandoned.

And though it took decades for the industry to recover, when Prohibition was repealed, winery financing was obtained, owners started anew and the industry was reborn.

The 1960’s ushered in the modern California wine industry and with that came vast increases in per capita wine consumption. And in 1976, in a blind taste testing by a panel of French wine experts rated several California wines higher than top Bordeaux and white Burgundy.

With that judgement, the rest of the world began to notice what was going on in California. Today 90% of U.S. wines come from California, but other states are enjoying their own resurgence in wine production, especially Washington, Oregon, New York and Texas. In fact, almost every state in the U.S. has a winery.

Not all wineries are expansive, complex operations.  They run the gamut from large, well-known operations that produce basic table wines, to wineries that produce multiple price-point labels that appeal to a variety of consumers, and then to even smaller, boutique wineries catering to niche markets that prefer a more exclusive estate wine.

No matter what size of operation you are interested in, owning a winery can be a rewarding, profitable enterprise.  It appeals not only to the romantic, idealized sense of working with the land and producing a product from nature’s bounty, but it also taps the intelligence and skills of an astute business person.

And whether you are looking at a large investment such as beginning a start-up or purchasing an already-working winery; or you are looking at a smaller project such as upgrading the tasting room in your present operation, there are several sources for winery financing.  The most commonly noted source is local or commercial banks.

Many banks, especially those located in noted U.S. wine regions, have departments that special in winery financing.  These financing specialists are not making decisions trapped behind a desk. Instead, they are working with their clients in the field.

They understand what it takes to manage and produce a successful grape harvest; they are comfortable in their knowledge of the large equipment used to produce both the grapes and the wine. And they understand this is an investment in time as well as money; it takes time to produce the first bottling ready for release.

These specialized, financial experts are familiar with all aspects of the business, and understand the art, as well as the practicalities, of viticulture (growing grapes), wine production and bottling, marketing to the target customer, and product distribution.

They help to level the playing field for this historically underserved market with loans for start-ups, business expansion and growth, allowing these entrepreneurs an equal opportunity to compete in the global market. Crucial to a business’s success is expansion at the right time.

The SBA can be a source of money, when the opportunity to grow presents itself. Winery financing from the SBA may offer more lenient terms for the borrower as has traditionally been the case for its other types of business loans.

It is not commonly remembered, but wineries are also an important part of the American agricultural business.  American wineries often have vast amounts of acreage under cultivation.  The soil quality and grape varieties grown on those acres are integral to a high-quality wine.

This agriculture is another aspect that allows winery financing to be obtained from the United States Department of Agriculture (USDA) through the Farm Service Agency, known as the FSA. The FSA is dedicated to supporting American agriculture and this includes growing grapes for wine.

Not only do they provide winery financing for cultivation start up, expansion of acreage for grapes, but also for the equipment and buildings needed for farming and production.

Like the U.S. Small Business Administration, the FSA also provides winery financing for the traditionally underserved, including women, Native Americans and African Americans, as well as others.

A small, but growing number of minority vintners are creating respected wines that are making an impact on the industry. This trend is expected to continue into the next decade and beyond.

The wine industry is also looking to its future. Changes in laws and marketing regulations are allowing freer distribution of brands. For example, wine clubs are gaining in popular. The premise is to give the consumer a variety of expert-chosen wines to try.

It benefits wine drinkers with exposure to varieties and labels they might not have considered trying and it benefits wineries by creating demand for their product. These subscriptions vary with some being monthly, bimonthly and quarterly.  Changes in interstate shipping regulations have added to the club’s subscriber market.

Many of the changes needed for growth include reevaluation of legislation left over from the states’ rights granted when Prohibition was repealed.  Many states enacted their own laws – and taxes – that hampered country-wide distribution.

Today states are modernizing laws to allow direct interstate shipment of wines, lowering the age to allow oenology (the study of winemaking) students to taste wine, and relaxing the control of where wines can be sold. For example, many states allow wine to be sold in grocery stores, while some states limit all alcohol sales to certain types of stores.

Another growth area of the industry is the use of organic and biodynamic business practices.  As more and more consumers demand pesticide- and herbicide-free products, growers and producers are meeting those demands. Winery financing is available to transform an already established business(or a new startup) to meet the holistic, ecological and ethical approach that is the hallmark of biodynamic farming and production practices.

These changes not only bring a higher quality product to market, but they protect and preserve the lands used to grow the grapes. One of the largest financial outlays in wine production is for fertile land. Much of your winery financing will be tied up in acreage. Protection of soil make-up, erosion prevention and freedom from chemical contamination all help to protect this large investment.

Looking to the future, winemaking is still a growing industry in the United States. The U.S. continues to produce award-winning wines, move forward with development of innovation in the industry, and continues in its growth as a respected producer of wines for the global market.