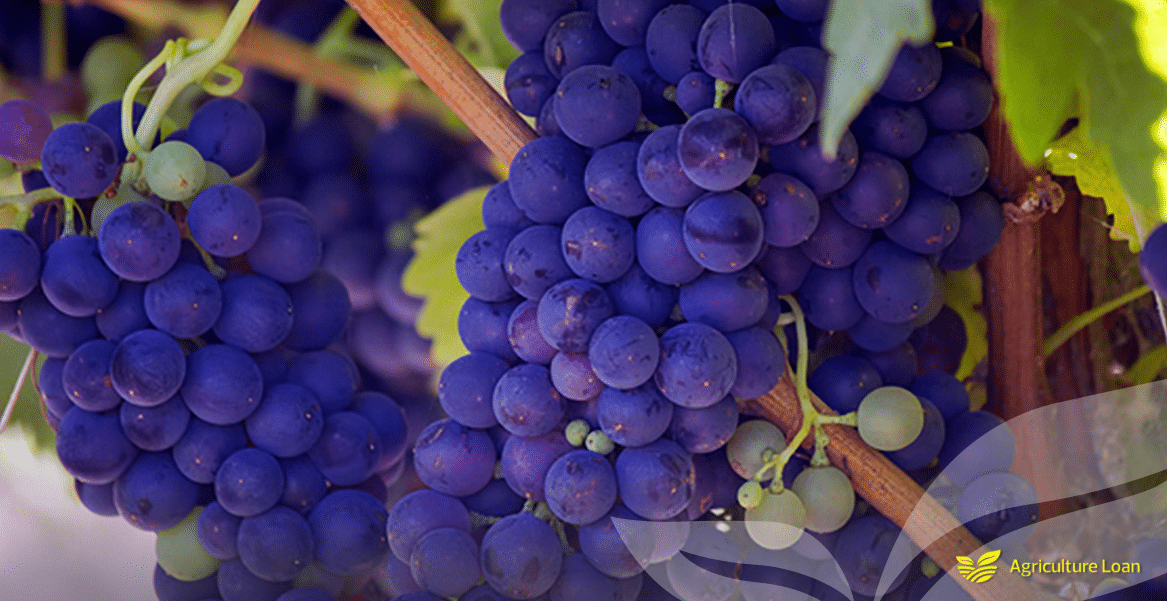 For over 300 years, Americans have been making and perfecting wine. At present, wine is being produced in all fifty states, with California-made wine supplying 89 percent of all U.S. wine but they are still behind France, Italy, and Spain, The United States has claimed its place as the fourth-largest wine producing country in the world.

It takes passion, determination, and understanding of the science behind fermentation and a fair amount of money to get a fledgling vineyard and winemaking operation off the ground.  But if you know where to look, there are quite a few options for vineyard financing that can help take care of the capital needed when it comes to starting your own vineyard.

In early July 2014, a wine tasting bill allowing winemakers to give instructional wine tastings at farmers’ markets passed into California state law. The bill allows underage vintner students to taste the wine they produce, sipping wine under instructor supervision, but not swallowing it.

Current state laws, which are out of sync with similar laws in major wine-producing regions like New York, Colorado, and Florida, have hindered students studying winemaking, sometimes preventing them from graduating on time and hurting viticultural programs in California schools.

It is laws like these that demonstrate the shift in today’s society to educate and cultivate a brand new crop of entrepreneurs looking to break into the wine business with their own wineries and vineyards.

For decades, American wine, particularly wine made from California grapes, have outsold and outranked a variety of wines from Europe. With American winemaking in its ascendency, farm-lending companies specializing in Vineyard financing have been quick to offer financial support to vineyards all over the country.

Winemaking has long been an important part of The United States cultural and economic life. The first reports of wine production in California date back to 1683, when a Spanish missionary and cartographer named Eusebio Francisco Kino arrived in the Spanish colony of California.

It was due to this man that California vineyards and the state’s winemaking industry were deeply connected to the Spanish mission system for the next hundred years. First planted in 1769, the Mission grape (whose name arose from its prominent role in the missionary economy) quickly became the most popular grape in the state and remained so until the nineteenth century.

By the turn of the century, California had more than 800 wineries being supplied by more than 300 grape varieties across the state. However, the industry, poised to make its name on the international stage, was crippled by the enactment of Prohibition through the 18th amendment.

While many wineries managed to stay in business by producing non-alcoholic grape juice and other managed to switch to producing sacramental wine (exempt from Prohibition restrictions), the number of wineries severely declined and was on the verge of extinction in 1933 when Prohibition was repealed.

Though the wine industry did start to recover, it took decades for American wineries and vineyards to fully bounce back from the damage done to their industry. The biggest boost to modern day american winemaking, though, came as the result of a 1976 international wine competition held in Paris.

The blind taste test ranked two Napa Valley wines (a white and a red) higher than the finest French wines, establishing California as a major competitor in the realm of wine production. Since then, California wine production has continuously expanded.

Given the importance of vineyards and wineries to the American economy (especially in California), it is understandable that farmers, financial institutions, and state agricultural organizations would be deeply concerned with the financial health and well-being of farmland, vineyards, and wineries.

Unlike traditional farms, vineyards are inextricably linked to the health of the wine market. As such, appraising and valuing vineyards requires evaluating the strength of wineries looking for vineyard financing.

A major part of evaluating a vineyard depends on understanding its characteristics. Given the variety of wine grapes in a certain region, the demand for wine made from specific grapes is the first step in pricing a vineyard.

Valuing grapes, according to most experts, is typically calculated at 100 times the retail value of a bottle of wine. Wine that costs $10 a bottle, for example, typically defines those grapes as being worth $1,000 a ton. The value of the grapes grown on a vineyard plays a major factor in determining the value of said vineyard.

Climate, soil, and region are also critical factors in determining the value of vineyards. To determine the quality and desirability of a region’s climate, most appraisers and vintners use the heat summation method (also known as the Winkler scale).

Wine vines generally do not grow in temperatures below 50 degrees. The Winkler system works to evaluate how many days the temperature exceeds that minimum.

Soil and water sources are also major characteristics that determine vineyards’ values. Soil properties are important in determining the value and desirability of grapes and the quality of wine that can be produced from them.

In addition to considering vineyard characteristics and resources, appraisers compare vineyards to one another, looking at sales, costs, and income. They look, for example, at the value of neighboring vineyards (particularly looking at real estate costs there) and examine the value of grapes per ton of vineyards that grow similar crops.

They also factor in the cost of the land, the cost of needed improvements (such as irrigation systems), and the cost of operating the vineyard. Finally, they compare these numbers to estimate potential income a grower could make in possession of the vineyard in question.

California vineyards and wineries have painstakingly developed a reputation for excellence. California’s diverse climate and superb soil conditions have made it, in addition to a center of American agriculture, the unquestioned leader in the American wine industry.

As a result, vineyard prices, particularly in places like Napa Valley, are often significantly higher than the national average. There is a similar trend in property and land prices related to vineyards and winemaking across the country.

Because of these higher prices, banks are able to provide vineyard financing for smaller acreage properties throughout California’s Central Valley and the rest of the county.

Most vineyard financing options range from $400,000 to $25 million and are intended for startup, established, mid-scale and large-scale farm and vineyard operations with the required collateral (allowing federal farm programs to help those without agricultural land to be used as collateral). The high price of most American vineyards allows many banks to finance plots as small as 5 acres.

With winemaking looking to take an ever-increasing role in the U.S. economy, local businesses and government agencies will likely pay closer attention to the needs of state vintners and grape growers.

Vineyard financing is a growing market, with millennials looking for alternative ways to make a living and many of those ideas stemming from a job in the alcohol producing industry. In addition to refinancing vineyard loans, vintners and vineyard owners have many options in vineyard financing regarding the startup or expansion of their vineyard business.

Many banks offer a variety of loans that can be used to purchase new agricultural property, expand your vineyard and farm operation or just to cover day-to-day operating costs.